Two people, worlds apart in upbringing and social mores, knowing they can never belong together... And you thought you had a difficult relationship. When modern women are dragged from their own time into the past, they find themselves facing life and death struggles, where their every action, even every word they utter, could change history as they know it. Yet love can form a bond so strong that it even breaks down the vast barriers of time. 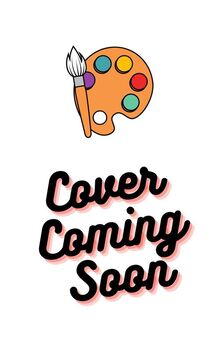 When a man wearing Napoleonic-era clothing washes up on her falconry island off the Jersey shore during an electrical storm, Riki van Hamel  isn’t alarmed—at first. She assumes he’s a war-gaming friend of her cousin David, who disappeared during a similar storm two years before. But the man seems confused by every modern convenience—and one of David’s recreation battle scenes changes mysteriously so it shows the French nearly winning. The man—who claims to be Viscount Belmont, a member of the British War Office during the Peninsular War—identifies David as his own assistant.
The fear that David was dragged back through time and is using his knowledge to change history terrifies Riki. She and Belmont risk setting sail in the storm to travel back to 1812 to prevent David from doing any more damage. But her determination to bring her cousin back to the present becomes a torment as she and the viscount realize theirs is a love that spans the ages—though they will soon be separated by two hundred years.

Note: Previously published as Forever in Time. It has been re-edited by the author.
Links coming soon. 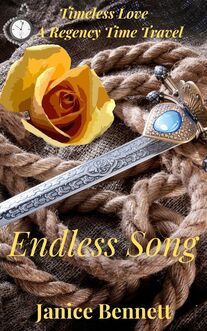 While doing research for her doctoral thesis, Lexie Anderson stumbles across a secret passageway connecting the ruins of Wyndham Abbey to the sea. But during her search, Lexie is suddenly transported back in time to a crucial moment in the life of Wyndham Abbey and its owner, the ruggedly handsome Earl of Wyndham.
Wyndham is taken aback by the mysterious stranger who appears in the secret passageway under his home. Her odd clothes, unusual accent, bizarre manners and totally different attitude about the relationship between men and women force him to realize she is a stranger to the area...and from the future.
With Lexie's knowledge of the future and desire to solve an ancient mystery, they embark on a mission that develops into a love so great that only the barrier of time can keep them apart.

Note: Previously published as A Touch of Forever. It has been re-edited by the author.
Links coming soon

"A Spectacular time-travel romance...the genre at its best...couldn't put down until the last page!"  Affaire de Coeur

"No one spins a time-travel better...to keep reader interest at a high level." Romantic Times/Rave Reviews 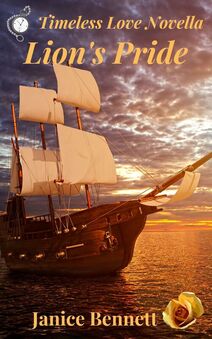 Time Travel is impossible. But oh, how Jessica Howard wishes it could be real.
After the tragic deaths of her parents and brother, she feels lost, her life empty—except for her daydreams of the rugged Elizabethan explorer, Sir Roger Allendale.
Then one night, as her town celebrates its non-discovery by Sir Roger, and the annual festive bonfire blazes high, a ghostly ship approaches…
When she returns to her senses, Jessica finds herself amidst Elizabethan sailors, with Sir Roger’s damaged ship in the bay. Sir Roger himself is her romantic dream come true—though she quickly discovers he is as autocratic and stubborn as he is rugged and daring. Their battles of will lead to a burning awareness between them. She wants nothing more than to remain with him forever, but how can she? She doesn’t belong in his time.
The question of why she has been transported back to 1603 haunts her. She knows the important role Sir Roger will one day play in history—but with his reckless bravery and avenging Spaniards in pursuit of his ship, can she keep him alive so that he can fulfill it?

Note: Previously published. It has been expanded and re-edited by the author.
Links coming soon. 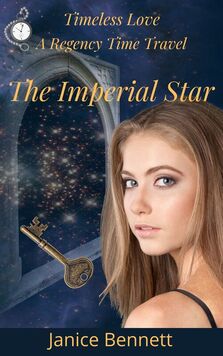 While searching London to find all the places mentioned in the Regency novels she adores, Andrea Wells keeps seeing an intriguing gentleman in historical costume who keeps mysteriously appearing and vanishing. Then in a scandal rag she sees the portrait of Richard Westmont, first and only Viscount Grantham, accompanied by the story of his death in 1810 and the tale of a cursed Russian icon known as Catherine's Star. Obsessed with learning more about him and why he haunts her, she visits his home, Greythorne Court.
There, she is confronted by a miniature  portrait of herself--painted in 1810. The current occupant of the Court, a descendant of Grantham's sister, is convinced the portrait is indeed of Andrea and begs her to go back through time to find the missing Catherine's Star, which is needed to save the estate.
When the impossible journey becomes reality, Andrea finds herself in the midst of her Regency dream--except she didn't count on murderous spies or falling in love with a man whose imminent death is tied to the fate of the priceless icon.

Note: Previously published as A Timely Affair and Catherine's Star. It has been re-edited by the author.
Links coming soon

"Ms. Bennett spins a tale that is original, gripping and is a definite keeper for this Londoner." Night Owl Reviews 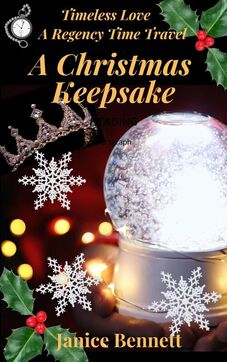 2014--Is Christy Campbell going mad? The lines of an 1810 book shift between an account of a London Christmas house party and a bloody tale of rioting and revolution…but only for her. Then there’s the snowdome made by the author of that book…but only Christy can see the figures within skating in a dance. What’s happening? And why is she so drawn to the creator? When she turns the dome over, her world swirls as do the ivory flakes within, and she feels herself falling…

1810-- While ducking a knife thrown by an unknown assailant, Major James Edward Holborn collides with a very strange—and very tantalizing—young woman in the oddest clothing he has ever seen. Realizing she is lost and confused, he vows to protect her. Her speech and attitudes bewilder him, but she feels so right in his arms, he longs to keep her there always.

But how can he? Together they face the inexplicable—and increasingly frequent—attempts on his life. And before long, he must make a difficult decision. Will any of his choices allow him to keep his beloved Christy at his side? But if he chooses wrong, he will not only lose her forever to the vast seas of time but will plunge England into rioting and revolution.

Note: Previously published as Lord of Misrule. It has been re-edited by the author.
Links coming soon. 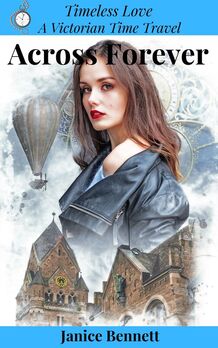 When artist Kat Sayre attends a hot air balloon convention in London, she soars high in a wicker basket--only to land not in the present day but in the unfamiliar world of Victorian England on the eve of the Crystal Palace Exhibition.
Disoriented and confused, she is haunted by visions of terror and destruction. Only the wounded war hero, Captain Graeme Warwick, believes her frantic warnings that something terrible is about to happen.
As they try to unravel the clues that mysteriously appear on Kat's canvases as she paints, they begin to suspect a conspiracy that threatens the future of not only England but most of Europe. Yet even if they survive their attempts to prevent the sabotage, time could intervene to tear Kat away from a love that is as all-consuming as it is impossible.

Note: Previously published. It has been re-edited by the author.
Links coming soon.